I’ve been involved in a number of website projects over the years and have worked in several capacities. Below is a partial list of projects. 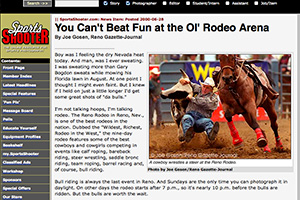 Sports Shooter
CO-FOUNDER / CO-OWNER (2002-present)
Sports Shooter is an online resource and community for sports photographers and photojournalists. It started long before the popular social media communities flooded the Internet in recent years. Sports Shooter originally started in the late 1998 as an email newsletter sent out by USA Today staff photographer and Sports Shooter founder Robert Hanashiro. In 1999 sports photographer Brad Mangin and I teamed up with Hanashiro to establish an online archive his newsletters  as a way to further share the informative and entertaining posts. In 2002 photographers Grover Sanschagrin and Jason Burfield entered the picture and built and an entirely new website from ground up which became SportsShooter.Com as we know it today and establish the core founding partners. Another key figure of the Sports Shooter team has been photographer Mike Treola, who has helped with day-to-day tasks since 2003. 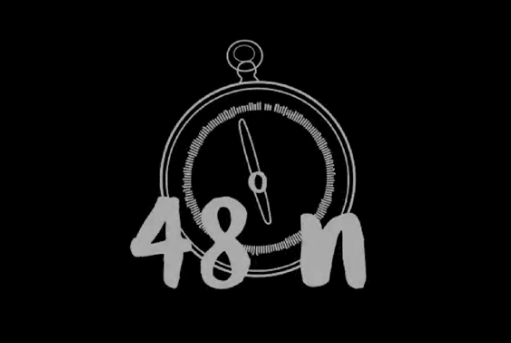 48 Degrees North
SITE FOUNDER & FACULTY INSTRUCTOR (2016-present)
Inspired by my relocation to Bellingham and my involvement as a Community Engagement Fellow at Western, in the Spring quarter of 2016 I challenged students in my capstone visual journalism course to use their culminating skills to develop multimedia projects related to Bellingham’s downtown core, and launch a website to showcase their work. The resulting website, 48DegreesNorth.Com, continues to expand with each successive advanced visual journalism class. Among the many goals in the class, one is to foster community engagement.

Block 52 Preservation
VIDEO PRODUCER & WEBSITE ADVISOR (2015-16)
Through social and creative enterprises, Block 52 Preservation Trust aims to provide permanently affordable commercial space to increase economic vitality of downtown Bellingham. For this project I produced a number of video profiles with Daniella Beccaria and provided consultation and support to launch the group’s website in 2016.

Brooks InSight
SITE CREATION & FACULTY ADVISOR (2014)
Brooks InSight is the student-driven online magazine that was edited and produced in a class I taught at Brooks Institute. The site officially launched on June 5, 2014. Using the WordPress platform and Studio Press Magazine theme in concert with their Genesis framework, I further customized the theme and developed a workflow for updating content on weekly basis. In this class I guided students through the planning and production stages and provide a real-world, hands-on experience with an editorial publication.

Eddie de Oliveira
SITE CREATION & PRODUCTION (2014)
Eddie de Oliveira is a U.K. based author who writes screenplays and young adult novels. He also works in publishing as a writer/editor of books and magazines, and is a freelance journalist. I have worked with Eddie via email and Skype chats to create a site to showcases the book and film projects he’s involved with. The site runs on the WordPress platform and has been fully customized to give his site a look all its own, all the while having the ease of use for him to regularly update it with new content. As of 2017 the site is no longer live on the internet.

Randy Arnowitz
SITE CREATION & PRODUCTION (2014)
Randy Arnowitz is known in the Santa Barbara area as “Mr. Green Jeans” because of his expertise in fine gardening. Additionally, he is a prolific writer who regularly has articles and columns published in various local newspapers and magazines. We are in the initial stages of reviewing content and concepts for his site. I anticipate his site will launch in time for spring when the flora and fauna begin to bloom. Stay tuned!

Jeff Bridges
WEB PRODUCTION (2006-2013)
Jeff Bridges needs no introduction. He is truly an artist on so many levels, from acting, to music, to ceramics, to just about anything he gets his hands and brain wrapped around. One of the many cool things he does is shoot behind the scenes photos of every movie his involved with. He shoots exclusively black and white panoramic photos with his Widelux camera and makes limited edition books for the cast and crew. In addition, he shares these books “digitally” on his website that he and my wife, Nicky, created together in 2001.  I was brought in to create a space to showcase his books online while keeping the overall look in the spirit of his site’s overall design and purpose. 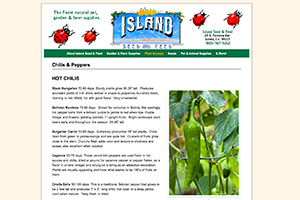 Island Seed and Feed
SITE CREATION & PRODUCTION (2013)
Island Seed & Feed is a Santa Barbara garden, pet and farm supply company. They are guided by principles of urban sustainability, organic horticulture and community responsibility. I worked with owner Matt Buckmaster to build a site lists the types of products they sell but also includes useful information that customers may have about their garden or pet needs. Want to know when to plant tomatoes? Go to the site. Want to know how to raise and care for chicks or ducklings? It’s on the site, too. Organic pest control? Yep, it’s there. Have a look at this informative site. Better yet, support this independent company by making your next pet or garden supply purchase with them. 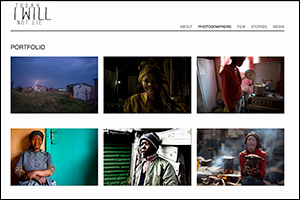 Today I Will Not Lie
FACULTY ADVISER FOR THE WEBSITE TEAM (2013)
Thirteen Brooks Institute students traveled to South Africa in 2012 as part of an overseas documentary class. to chronicle the people, life and culture of this diverse country. Upon their return, the students created projects to showcase the journey, including this website. Anacleto Rapping was the primary faculty member to lead the overall documentary project and he asked me to be the faculty advisor for the website group. While Anaclato worked with students on the overall content, I advised on topics such as workflow issues, technical issues and other troubleshooting needs.

Star Die Company
SITE CREATION AND PRODUCTION (2009)
Star Die Company is an independent steel rule die company based in the San Francisco Bay area. I originally built a simple and straight forward HTML site with Adobe Dreamweaver in 2009. Although simple in design, the site was SEO friendly and has helped bring in new customers since its launch. In 2017 I migrated the site to a WordPress platform, making it a more responsive and mobile friendly. If you know me, the owners of Star Die Company may look familiar, too. My brothers, Jim and Frank, have owned and operated this company since 1988. My fee? One free round of golf each year as long as the site continues to bring in new customers. 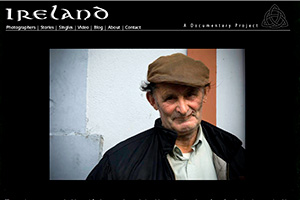 Ireland
FACULTY ADVISER (2007-2008)
In 2007 I traveled to Ireland with 12 students from Brooks Institute. We spent five weeks documenting life in the Republic of Ireland and in Northern Ireland. In 2008 I oversaw the production of a 20-minute multimedia documentary, a DVD, a book two print gallery shows and this website. I worked with the team of students who built the HTML site using  Adobe Dreamweaver. 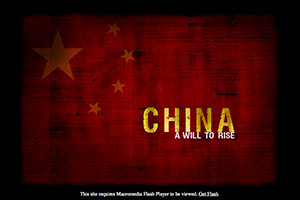 ]
China: A Will To Rise
FACULTY ADVISER (2006-2007)
Like the above mentioned Ireland project, in 2006 I traveled to Chengdu, China with 16 students from Brooks Institute. We spent five weeks documenting life in the Sichuan and Chonqing Provinces. Upon returning I oversaw the production of a 30-minute multimedia documentary, a DVD, a book two print gallery shows and this website. I worked with the team of students who built this using Macromedia Flash (now known as Adobe Flash). 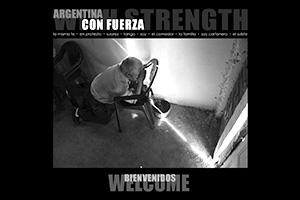 Argentina: Con Fuerza
FACULTY ADVISER (2005-2006)
Argentina was the first of three overseas documentary trips I led for Brooks Institute back in 2005. We stay primarily in Buenos Aires during our five-week stay. Like the above mentioned documentary projects,  I worked with the students to build this site using Macromedia Flash (now known as Adobe Flash), along with the usual productions associated with the class.